I have led tours for Ramblers Holidays for 12 years, all over the world, from Trinidad to Vietnam, from Iceland to South Africa and many in between. But one of my favourite destinations is the closest one to my home – walking the Ironbridge Gorge.

As a history teacher in Shropshire, I took many school groups there to learn about the Industrial Revolution, as well as my own family of all ages, and always looked at the stunning countryside around. Reaching retirement, there was time to check out walking routes and explore them with my local rambling club, who were appreciative of the mix of exercise and history.

So, I was delighted to help RWH set up the tour, write the necessary documents and lead the first departure in May 2019. 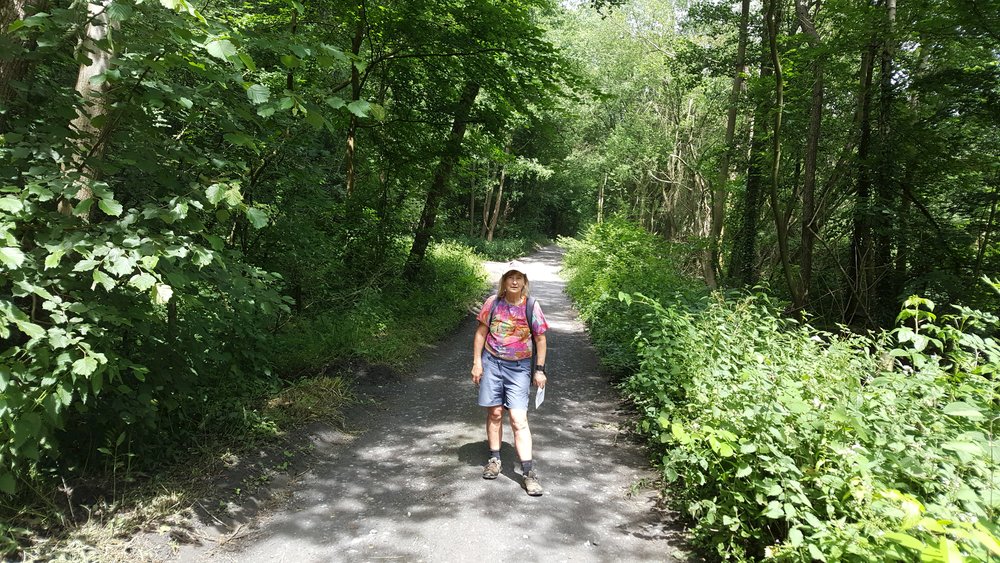 What do we see and do?

A great advantage of this guided walking holiday is that most walks start and end at the hotel, so we have time to visit one or more of the Ironbridge Museums or local abbeys and stately homes every day. You can find the iconic blast furnace at the Museum of Iron, where Abraham Darby was the first to smelt iron with coke. We also see the Victorian village with dozens of buildings saved from demolition elsewhere, as well as the original canal, inclined plane, mines and ironworks. There’s Coalport China Museum on the River Severn and the stunning Jackfield Tile Museum. (On a recent tour in South India, we saw tiles from Jackfield resplendent in the Mysore Palace). A visit to Much Wenlock Priory takes you back to the days when the monasteries were the major local landowners, and sixteenth-century Benthall Hall was once the home of George Maw who was a tilemaker with his brother Arthur. Arthur made Severn House his family home and it is now the Valley Hotel where we stay, decorated with stunning tiles. 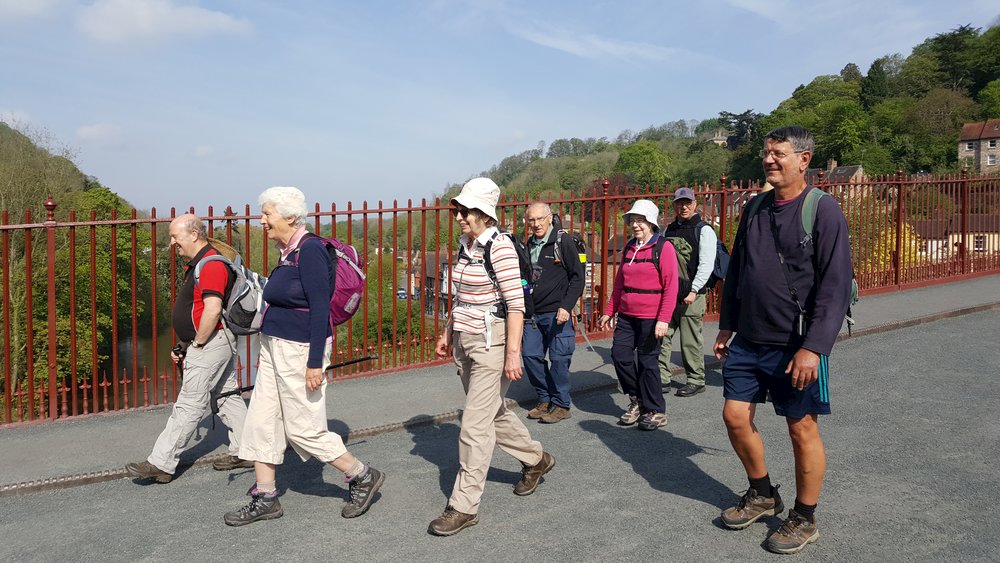 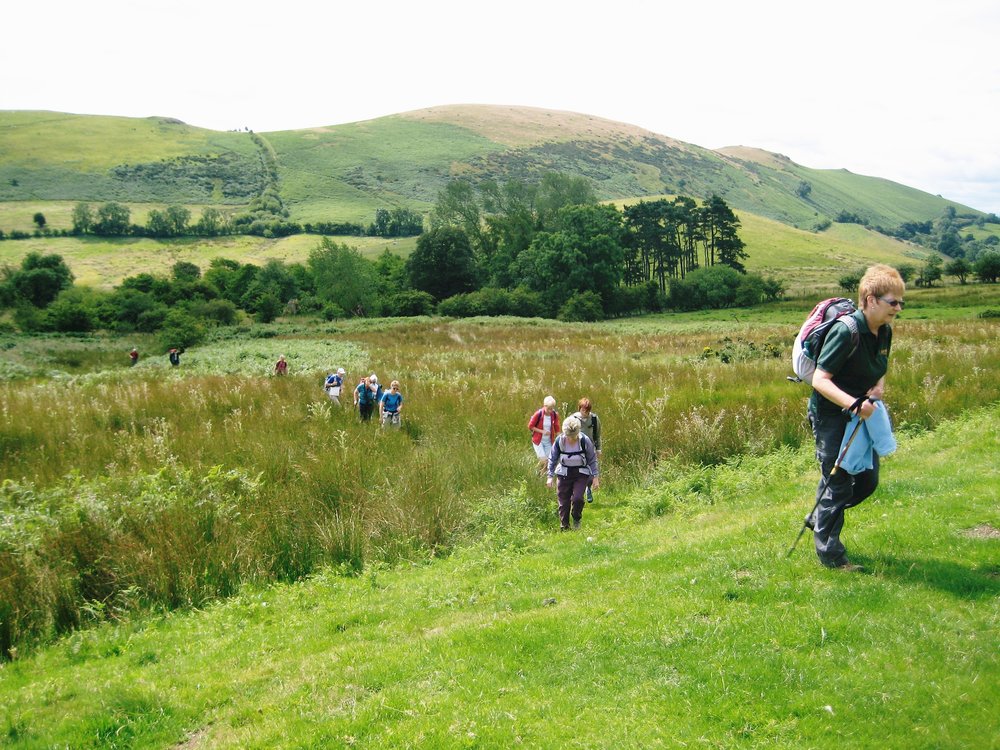 How hard are the walks?

The routes fit comfortably into Grade 4. Each walk is 7-8 miles long, with a couple of hours walking before and after lunch, and some sightseeing. There are many flat sections but some hills as well, where you will benefit from clearly marked paths so each member of the group can go at their own pace, and meet for a rest at the top to admire the views. You need to be reasonably fit and used to walking 8 miles in 3-4 hours over mixed terrain, but don’t worry, not fell-runner fit! We will be staying in the Gorge but the slopes have thankfully become gentler since it was formed after the Ice Age! Our paths follow former railway lines, tow-paths, footpaths and bridleways through farmland and woodland.

Where do we stay?

On the edge of Ironbridge town with its Iron Bridge, The Best Western Valley Hotel is in the hamlet of Dale End where the stream that powered the ironworks of Coalbrookdale meets the River Severn. The hotel gardens stretch down from the terrace towards the riverbank and the building is beautifully restored with individually-decorated rooms.

What are the highlights?

The food and wine at the hotel restaurant are excellent, with good vegetarian options. The bar serves Shropshire real ale.

Clients last year commented that not only did they enjoy the varied walks but were fascinated by the local architecture as well as the history. Some of us identified scores of wildflowers in May, when even our one rainy afternoon was brightened by woodland flowers in profusion. I also recommended an autumn visit when the trees slowly change colour but the heritage of the area, acknowledged by UNESCO, continues to impress. After about 20 visits, I’m still learning. For example, recently, I realised that the name Maw of the brothers mentioned above was familiar since their father invented the baby bottle!