Walking the Gateway to the Sierra Nevada

Ursula is one of our long-established leaders and aficionado of Spain. She is particularly interested in Andalucia and through her blog wants to push open the gate to the Sierra Nevada so that you can step over the threshold into the Moorish past of Spain and share the wonderful Adagio experience

The Adagio Gateway to the Sierra Nevada programme is one of great diversity, gentle walking combined with short coach trips which will take you to the magnificent Alhambra of Granada and along the southern coast to its hilltop town of Salobrena. From here the views stretch endlessly along the sea and inland into the mountain scenery. 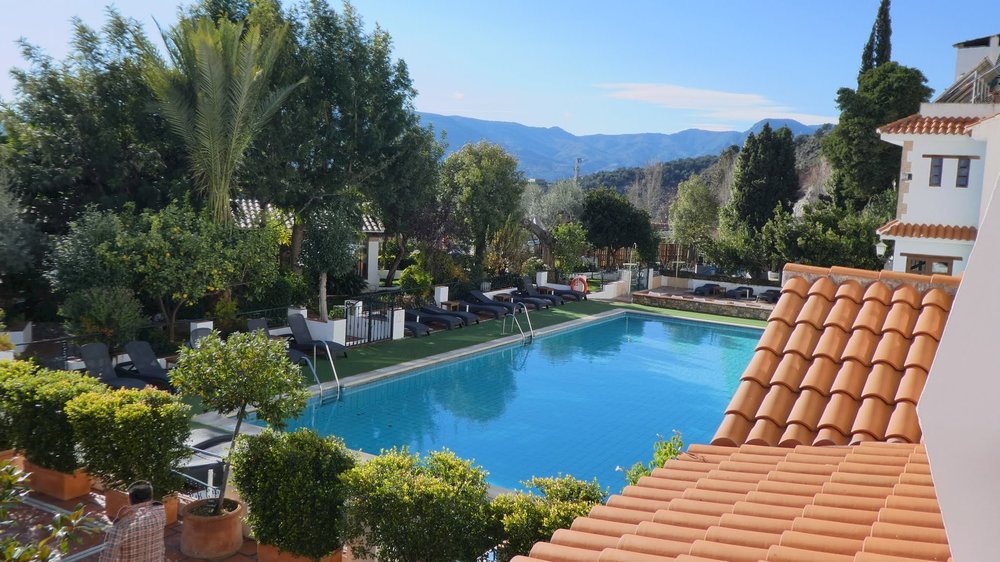 And as for a rest day - what could be more relaxing than the hotel Alcadima with its welcoming surroundings, open patios, outdoor pool, intimate little gardens and delightful water features? Situated near the centre of Lanjaron it is a quiet, welcoming place in this beautiful spa town.

Long known as" the Gateway to the Sierra Nevada", the town of Lanjaron is the ideal base for a stay on the edge of Andalucia's National Park south of Granada.

From here a mountain range of great beauty crowned by the highest peaks of the Sierra Nevada opens up, interspersed by deeply-cut gorges, glistening water-ways and wide open green pasture-land known as the region of the Alpujarras. Here the light is a special one as the earth seems to be lit by myriads of candles heralding the coming day - only to fade away at sunset in a purple red glow of magic. The name Al Andaluz has come into its own... 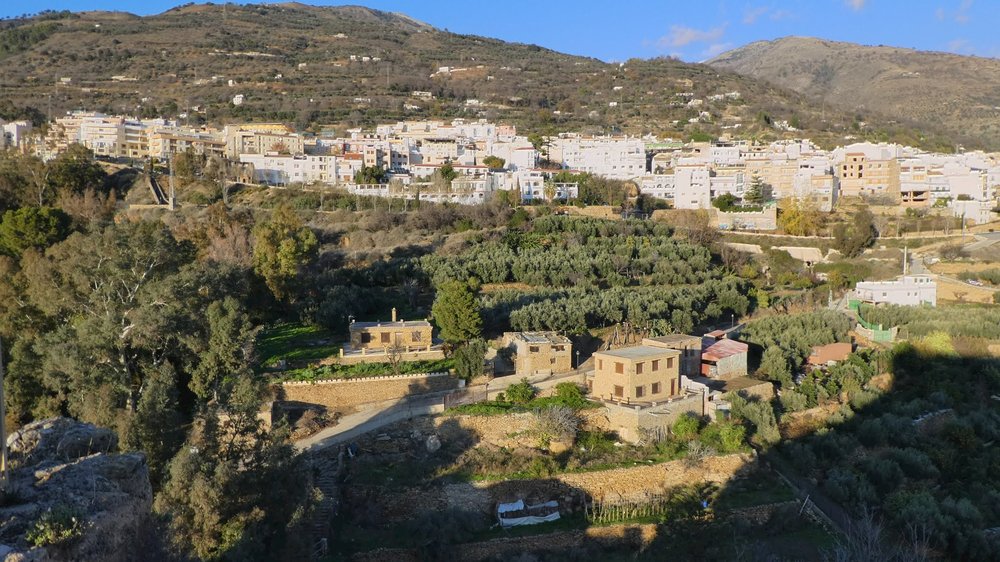 The history of Lanjaron looks back to many diverse cultures: Iberian, Roman, Arabic and Christian. Each and every one has contributed to the character of this region, particularly the unique architecture which brings to life the Berber past of the eighth century with its houses made from cut stone looking not unlike Lego cubes, with flat grey roofs and an array of man-sized chimneys who seem to be on the march like little creatures with flat-topped black hats and big hollowed eyes! In contrast to this strange sight are the terraces full of flowers built across the narrow streets to form a labyrinth of connecting bridges.

With an abundance of water from the Sierra there was little necessity for the villagers to change and so they slumbered on, drove their mules, herded their goats and cultivated the land with the help of intricate water channels.

Water - the magical word - was and is the foundation of Lanjaron and again it was the Berbers who rightly called it "Place of Springs". Residents and visitors were singing the praises of the health benefits of the water, and the town became a balneario, a spa place, which led to the subsequent construction of historic buildings and finally the bottling plant of Aguas de Lanjaron.

The golden age of the town had arrived - artists and intellectuals were attracted and took to the walkways offering shade and relaxation along its tree-covered avenues and big shiny pots of plants lining the pavements - a lush green inviting jungle! In addition, intimate little squares were brought to life with window boxes crammed with flowers to add vitality to the lovingly installed shrines. With the arrival of the Christians in 1485, the locals were prepared to show their respect and devotion to the new religion.

Lanjaron also became the favourite place of attraction for the great Andalucian poet, Frederico Garcia Lorca. He was captivated by the gentle murmur of the running waters in those delicate ceramic fountains, and the dazzling moonlight left him without doubt that wild and beautiful gypsy girls would be drawn into the orbit of the springs...one gypsy girl in particular, Lola, is immortalized in one of his little poems by the water "where she bathes in the glistening moonlight and where the falling petals die of love on her breasts". What could be more exotic and sensuous than to feel the nightly air of Andalucia - a country one has to love!