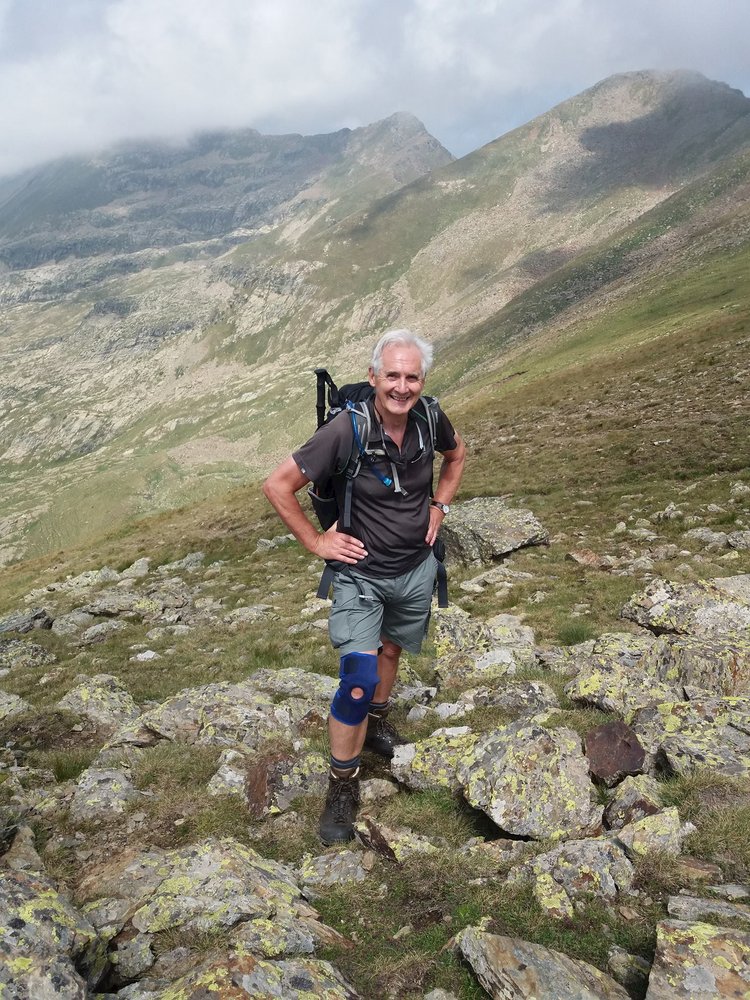 Veteran walker Stewart Ramsden has completed an amazing total of 19 holidays with RWH, including hutting, cruise & walk and safari walks, so he was not about to let the little matter of a dodgy knee get in the way of his latest adventure in Andorra. Here’s his holiday diary.

Veteran walker Stewart Ramsden has completed an amazing total of 19 holidays with RWH, including hutting, cruise & walk and safari walks, so he was not about to let the little matter of a dodgy knee get in the way of his latest adventure in Andorra. Here’s his holiday diary.

Day 1: The holiday began with a three-hour transfer by coach from Toulouse airport to Encamp in Andorra. The long transfer might seem off-putting but it soon passes as the journey is full of interest and the scenery throughout is stunning. The Coray Hotel is well situated in the centre of the town and is spotlessly clean, very comfortable, with good-sized bedrooms and friendly staff. Each bedroom has a balcony, with views on one side over the town and surrounding countryside, but on the other the view is of another building – it’s pot luck which you get. The food was plentiful, meals being buffet style, and very good packed lunches were included.

There are two grades of walk available; grade 6 led by Ali (Alison) and grade 8 led by Peter. Both leaders are excellent, having great people skills and being very knowledgeable about the area and the walks. 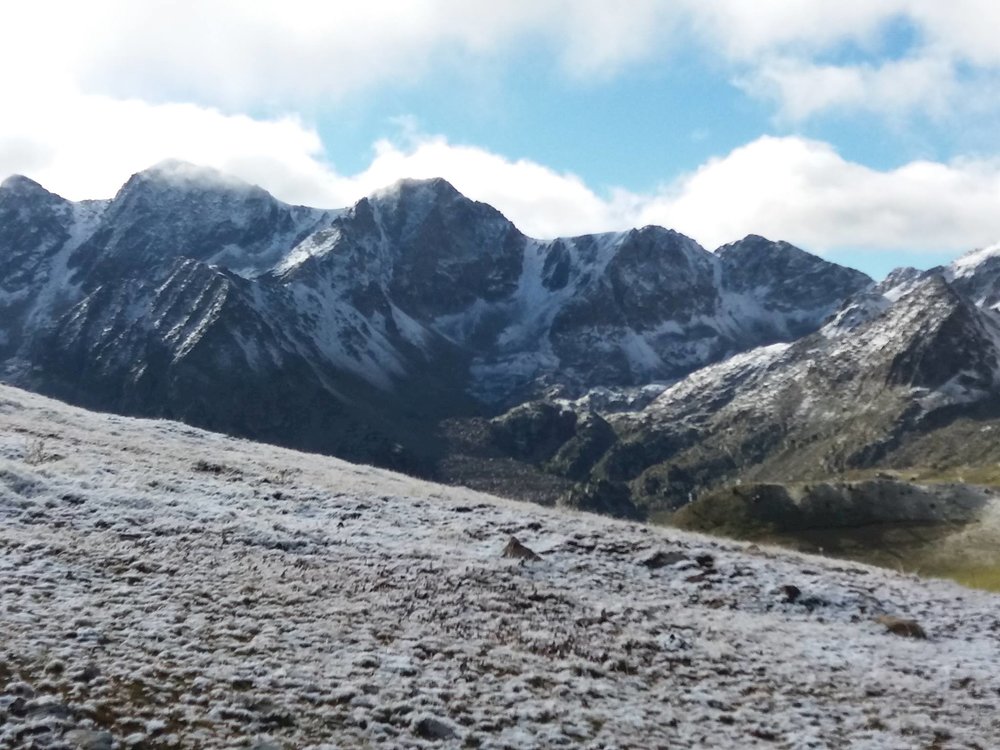 Having completed several grade 8 (the old C+ grade) holidays, including hutting, I was looking forward to those challenging walks in Andorra. Unfortunately, having sustained a recent injury to my knee, my ambitions were thwarted and in the end I only did two grade 8 walks, three grade 6 walks, plus a short walk on the ‘rest’ day. However, by mixing the grades I probably got more out of the week than if I had only done the higher grade.

Day 2: On the Monday, I opted for the grade 8 walk, led by Peter, which was designed to assess the group’s capabilities, with some steep ascents and reaching an altitude of 2,700 metres. Both groups (grade 6 and 8) had been transported from the hotel on the same coach, but dropped off at different points. Towards the end of the day, we all met up on the path down to the village of El Tarter, where we enjoyed well-earned refreshment at a bar before catching the public bus back to Encamp.

Day 3: I again opted for the grade 8 walk, which this time included an ascent to the summit of the Pic de Font Blanca which, at 2,903 metres, is just 39 metres short of Andorra’s highest peak. The sign at the start of the walk informed us that it would take three hours 15 minutes to reach the summit, but we did it in just three hours – and it was ALL uphill. From a col, we had done a ‘there and back’ for the summit, and on returning to the col we headed off in a different direction for the three-and-half hour descent to the bus pick-up point. It was a cold day, and on the descent there was hail, the size of Mint Imperials, for about an hour. Hot chocolate back at the hotel was very reviving.

Day 4: This was the ‘rest’ day – and Ali and Peter made suggestions of walks people could do on their own or places to visit. Ali organised a morning trip to a museum – actually a house abandoned fully furnished in 1947 and which has been preserved as a ‘time capsule’, and Peter organised a short walk, which is what I opted for. We took a public bus then a cable car to an altitude of 2,250 metres, where there is a golf course. An easy four-mile undulating walk, passing lots of points of interest, took us to the next cable car station where we had coffee and cake before descending to catch the bus back to the hotel. That afternoon, two of us made an independent visit to the museum and explored Encamp. 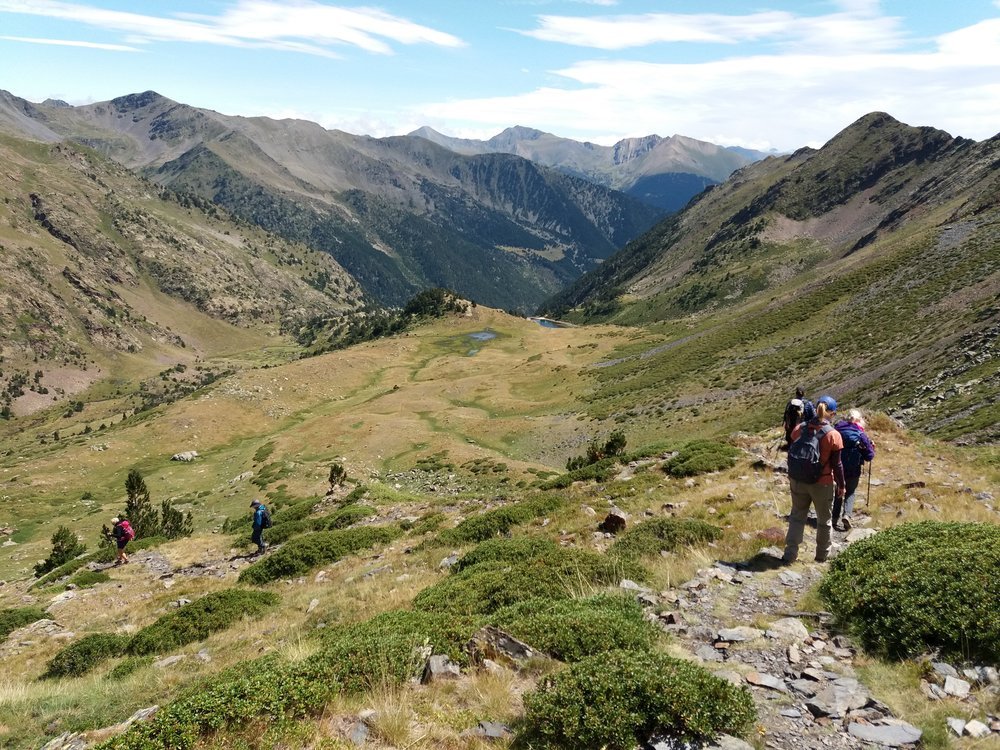 Day 5: Ali, our grade 6 walk leader, was unwell, and so a local guide, Martin, was brought in to lead her walk. It was another cold day and there was overnight snow at about 2,000 metres. It wasn’t deep and gave us no trouble as we climbed Pic Maia, a relatively easy mountain with an altitude of 2,600 metres and of course, wonderful views. The day warmed up and as we descended we could hear marmots whistling nearby, but they kept out of sight. Martin was very knowledgeable about the local flora and fauna and the mountains in general. We finished the walk, inevitably, at a bar before being picked up by the coach which had already collected the grade 8 group. 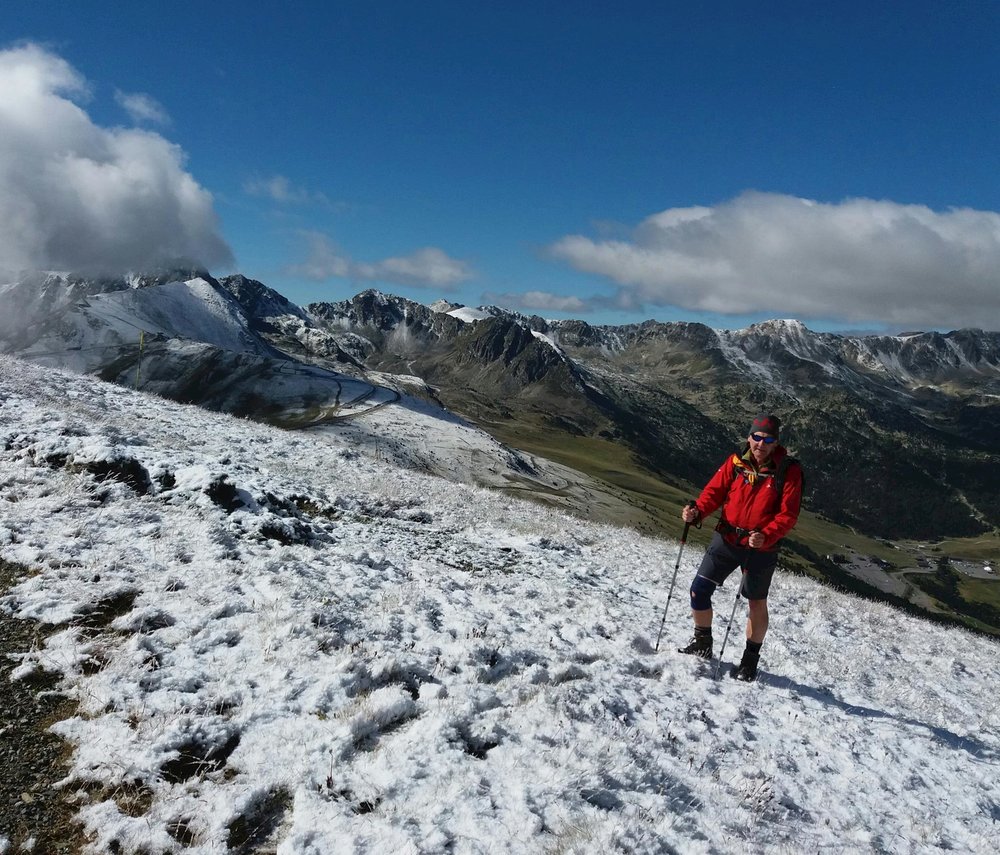 Day 6: Today, the grade 8 walk was an ascent of the Pic Comapedrosa, the highest peak in Andorra at 2,942 metres. However, I decided that my knee would suffer too much so opted again for the grade 6 walk. Both groups started from the same point and covered much of the same route, but the grade 8 walk turned off for the summit before rejoining our route later in the day. Ali had told us that the grade 6 walk today was definitely at the top of the grade and at one section, where there was a short section of scrambling, slightly above grade. The walk was wonderful, with superb traverses, (quite safe ones) and wonderful views. Our highest point was about 2,500 metres from where we descended to a manned refuge by a lake for lunch. Then followed a long descent through pine woods and by waterfalls down to our pick-up point. The grade 8 group arrived about an hour after we did, but we managed to fill in the time at a bar, which served excellent home-made carrot cake too.

Day 7: Still nursing my knee, I again chose the grade 6 walk, which was a slightly undulating valley walk from El Serrat, generally following the curse of the river Riu Valira del Nord, to Andorra la Vella; a total distance of about 14 miles. It was an excellent walk, passing through villages, and we saw ancient churches, old mills and fields full of ripening tobacco plants. The weather was warming up again and the temperature varied from 32 to 28 degrees. We stopped for coffee and ice-creams en route, and from Andorra la Vella we caught the public bus back to the hotel. This was the last night for those of us staying for one week and others for whom it was the end of the second week, and most of us most trooped down to a local bar for some convivial chat. You are always assured of great company with like-minded people on a Ramblers holiday. 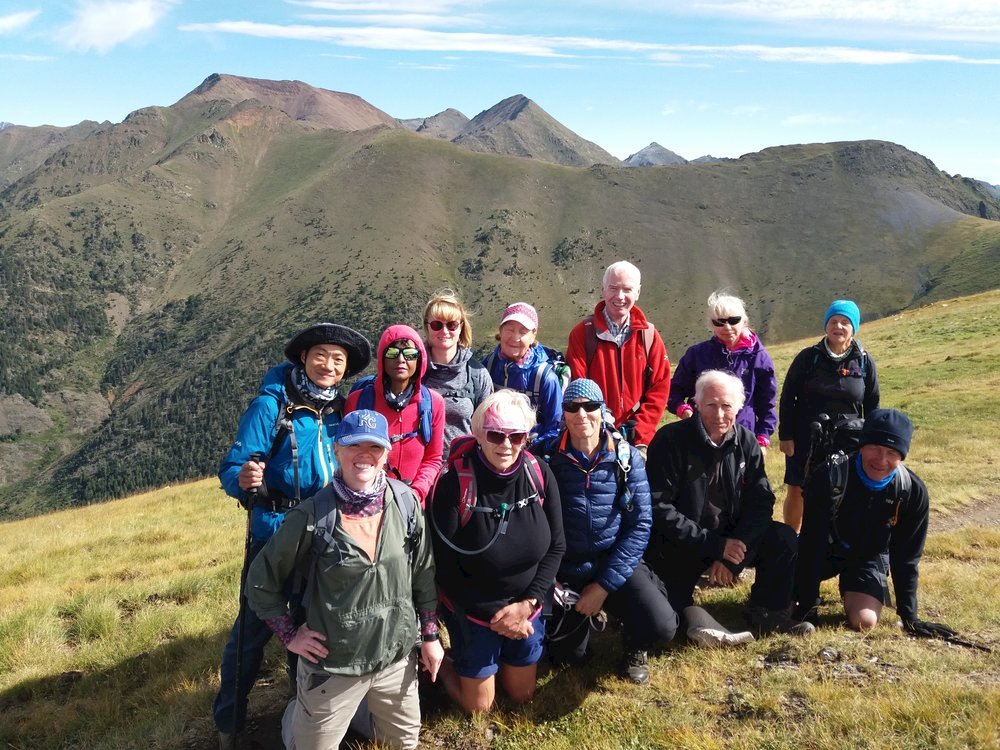 Day 8: Those of us returning home spent the morning packing and we had plenty of time before the coach collected us at 11.30am. We broke our journey to Toulouse by stopping at the very attractive town of Ax-les-Thermes, in France, where we ate our picnic lunches which had been provided by the hotel in a square with a fountain, with benches situated under shady trees. Then on to Toulouse for our flights home.

This was my 19th Ramblers holiday, but only the fourth which involved a stay at a single centre, and I enjoyed it immensely. As usual, there was a lovely group of people on the holiday, all sharing a love of walking in stunning countryside. Now to await next year’s brochure!

Andorra holidays include Andorra Mountain Trek and Hiking in Andorra.