One main focus of our Charitable Trust’s financial support is to provide funds to Britain’s leading walking charity, the Ramblers, and their role in promoting the benefits and importance of walking to the British public. They have achieved so much over very many years of campaigning for walkers’ access rights and we’re proud to have stood alongside them in this work and given many millions of pounds to assist with their valuable achievements.

Our current support to the value of £400,000 is focused on the Ramblers Don't Lose Your Way campaign - which has found 49,138 miles of rights of way missing from the definitive map in England and Wales.

Earlier this year, thousands of volunteers came together to search the whole of England and Wales looking for potential lost rights of way. A staggering amount of unrecorded paths and rights of way are now blocked, overgrown and unusable, and are a vital part of our heritage, yet if they are not claimed for inclusion on the definitive map which legally records rights of way by January 2026, we risk losing them forever. 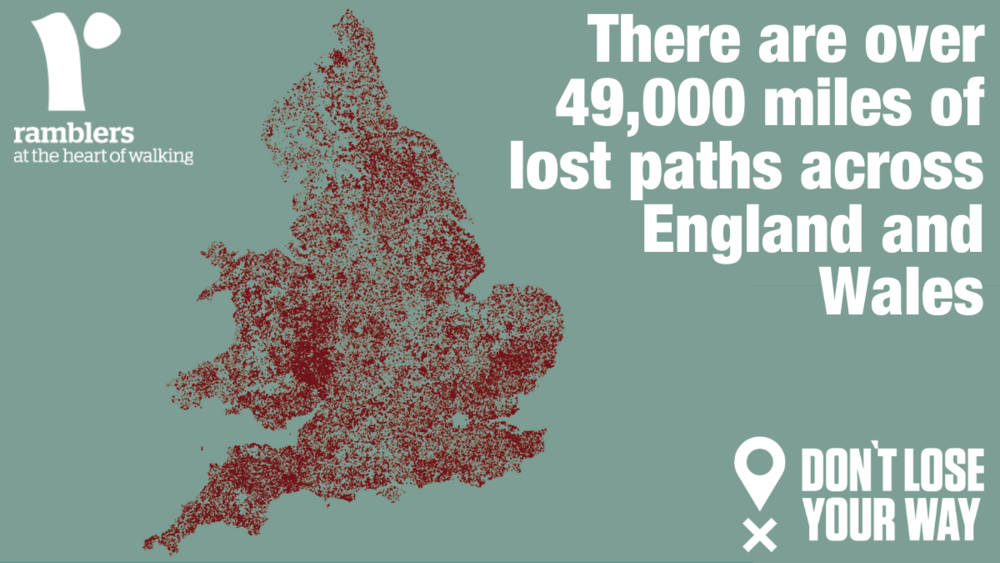 How are the missing paths found?

Thousands of volunteers joined forces and checked the current Ordnance Survey map against two historical maps from circa 1900, looking for missing paths. This mapping project has for the first time given us all a true picture of the extent of these lost rights of way, to be able to make applications to the relevant local authority to add them back into the map, to restore them for future generations.

This identification of lost rights of way digital tool was only made possible because of the generous support of Ramblers Holidays Charitable Trust. We helped pay for an online mapping tool, which split England and Wales into 154,000 1km squares, each of which was searched by two separate users.

The identification of these potential lost rights of way is the first stage of this process – click here to see how you can help support the next few stages.

Now we are all exploring and using our local network of paths more than ever, we recognise the importance of being able to easily access green space and to connect with nature, it’s vital that we create better walking routes to enable everyone to explore our local areas on foot.

Once these paths have been legally recorded as rights of way, they are protected, and future generations will be able to enjoy them forever. If all missing paths are successfully claimed, there is potential to increase the path network in England and Wales by up to a third. However time is running out to find the remaining paths, with only five years left to collect the evidence! There is a lot of work to do to make the most of this opportunity before 2026. 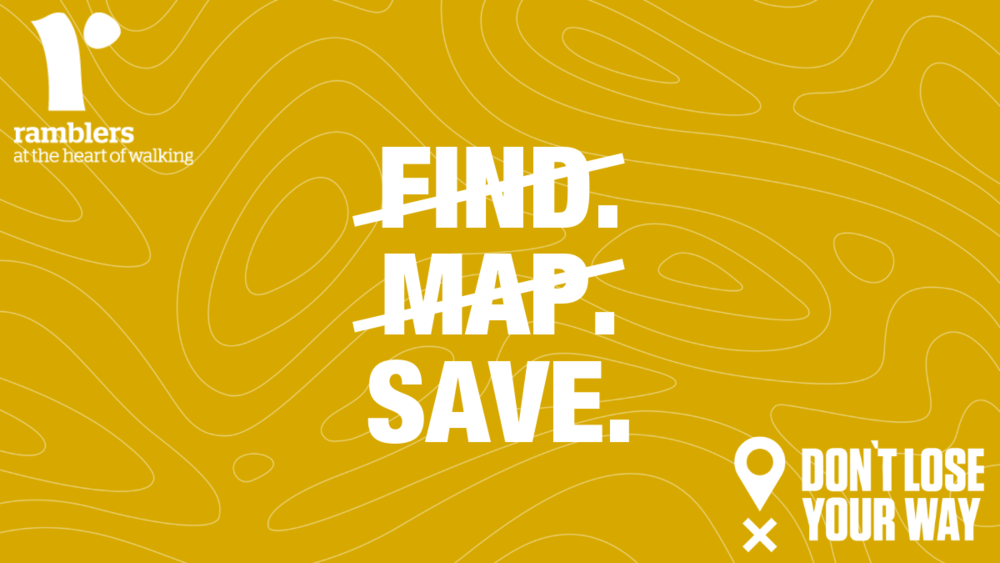 Having a comprehensive map of lost rights of way across the country is a significant milestone.

However there’s still a lot more to do! Ramblers will be working with their volunteers over the coming months to prioritise the paths they have found, so that they can focus on those that bring real value to the rights of way network. This will include resolving dead-ends, creating better circular routes and enabling access on foot from where people live to green spaces. The Ramblers will be developing tools, training and resources which will enable volunteers to claim these important lost rights of way (again, only possible because of the support of the Trust).

Don’t Lose Your Way in figures

Miles of lost path by country

Top five counties with the most missing paths

Once legally recorded as rights of way, and added to the definitive map, they are protected under the law for people to use indefinitely.

Find out how many lost paths there are in your local area and make a donation to help save them before they are lost forever.